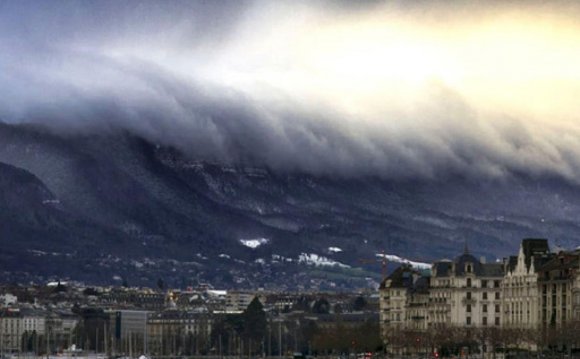 The diagram from Sir Isaac Newton’s crucial experiment, 1666-72. A ray of light is divided into its constituent colors by the first prism (left), and the resulting bundle of colred rays is reconstituted into white light by the second.

Our modern understanding of light and color begins with Isaac Newton (1642-1726) and a series of experiments that he publishes in 1672. He is the first to understand the rainbow — he refracts white light with a prism, resolving it into its component colors: red, orange, yellow, green, blue and violet.

In the late 1660s, Newton starts experimenting with his ’celebrated phenomenon of colors.’ At the time, people thought that color was a mixture of light and darkness, and that prisms colored light. Hooke was a proponent of this theory of color, and had a scale that went from brilliant red, which was pure white light with the least amount of darkness added, to dull blue, the last step before black, which was the complete extinction of light by darkness. Newton realizes this theory was false.

Light enters the prism from the top right, and is refracted by the glass. The violet is bent more than the yellow and red, so the colors separate.

Newton set up a prism near his window, and projected a beautiful spectrum 22 feet onto the far wall. Further, to prove that the prism was not coloring the light, he refracted the light back together.

Artists were fascinated by Newton’s clear demonstration that light alone was responsible for color. His most useful idea for artists was his conceptual arrangement of colors around the circumference of a circle (right), which allowed the painters’ primaries (red, yellow, blue) to be arranged opposite their complementary colors (e.g. red opposite green), as a way of denoting that each complementary would enhance the other’s effect through optical contrast.

Unable to represent spectral red with any pigment, Boutet substituted two reds – fire-red and crimson – omitting one of Newton’s two blues. To compound the confusion, the colorist evidently misread two of the labels, “orange” and “violet.”