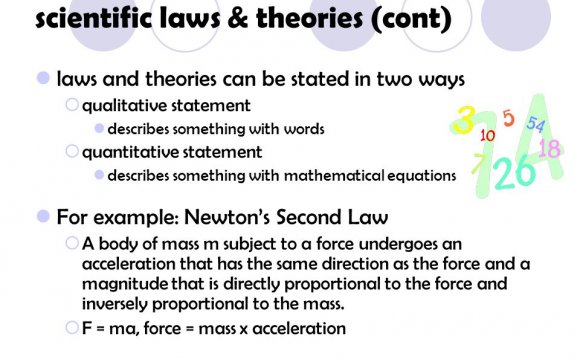 Scientific laws are repeatedly observed phenomena in nature that appear to be nearly universally true. Often times laws will be developed from and described by mathematical models of the phenomena in question. Laws are different from theories in that they are not designed to provide a causal framework in which to describe why a series of observations reliably occur but are rather merely descriptions of the observed phenomenon. Creationists often like to refer to scientific laws as the unimpeachable authority of science and often try and use such things as the Second Law of Thermodynamics to argue against evolution. This is, of course, a logical fallacy that relies on equivocation.

A posteriori laws are capable of being precisely mathematically analysed and described. They also permit the prediction of future events by extrapolation from past events or present circumstances.