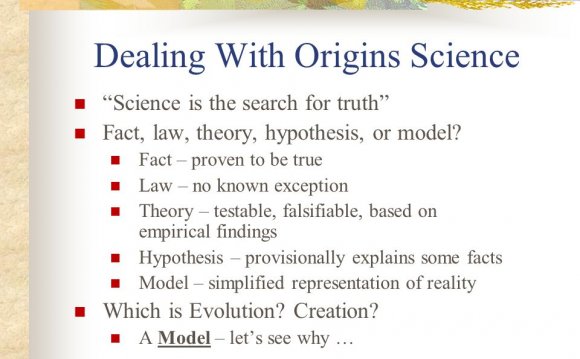 Words have precise meanings in science. For example, 'theory', 'law', and 'hypothesis' don't all mean the same thing. Outside of science, you might say something is 'just a theory', meaning it's supposition that may or may not be true. In science, a theory is an explanation that generally is accepted to be true. Here's a closer look at these important, commonly misused terms.

Hypothesis Example: If you see no difference in the cleaning ability of various laundry detergents, you might hypothesize that cleaning effectiveness is not affected by which detergent you use. You can see this hypothesis can be disproven if a stain is removed by one detergent and not another. On the other hand, you cannot prove the hypothesis. Even if you never see a difference in the cleanliness of your clothes after trying a thousand detergents, there might be one you haven't tried that could be different.

Scientists often construct models to help explain complex concepts. These can be physical models, like a model volcano or atom or conceptual models, like predictive weather algorithms. A model doesn't contain all the details of the real deal, but should include observations known to be valid.

Model Example: The Bohr model shows electrons orbiting the atomic nucleus, much like the way planets revolve around the sun.

In reality, the movement of electrons is complicated, but the model makes it clear protons and neutrons form a nucleus and electrons tend to move around outside the nucleus.

A scientific theory summarizes a hypothesis or group of hypotheses that have been supported with repeated testing. A theory is valid as long as there is no evidence to dispute it. Therefore, theories can be disproven. Basically, if evidence accumulates to support a hypothesis, then the hypothesis can become accepted as a good explanation of a phenomenon. One definition of a theory is to say it's an accepted hypothesis.

What is a Theory? What is a Law, Fact, Hypothesis, etc?