What is gravitational pull? 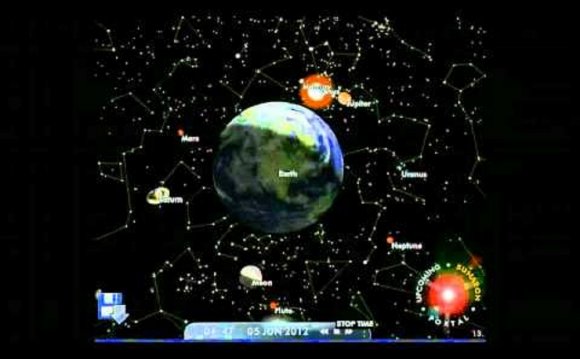 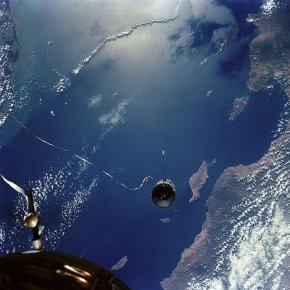 It drags us down, pulls on our weary limbs, makes our feet tired, makes parts of us droop. But it's also a critical factor for our long term well-being. Astronauts and cosmonauts circling the Earth over the past 60 years have discovered that zero-g, or microgravity, is really not very good for you.

The human body has evolved in a piece of curved space-time where objects experience a close to uniform 9.81 meters per second per second acceleration. Blood and fluids are pressurized accordingly and arteries and veins are squeezed by muscles, so as not to all pool inconveniently in our feet. Eyeballs are tensioned so as to retain an optically proper shape. And our microbiome is adapted to an environment with a definite up and down - especially when it comes to digestion.

Put one of us in zero-g or microgravity, and things get tricky. Our cardiovascular system gets confused quickly, and so fluids accumulate in places they don't usually - hence the puffy faced appearance that spacefarers can get. Eyes have to accommodate to unfamiliar forces. 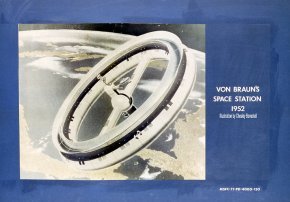 And to further confound things, we're all different, so our physiological changes can happen to varying degrees depending on the individual.

The absence of gravity for extended periods is even more serious. The growth and maintenance of skeletons is compromised, and the minerals that would otherwise be used on bones ends up clogging our blood plasma and ultimately putting us at risk for kidney stones and other delights. Red blood cell counts drop, and immune systems show signs of being compromised.

So it's not surprising that we've long thought about how to mitigate these effects. One way is to try creating artificial gravity anytime we're away from a nice massive planet.

A very early example of these ideas was in 1896 when the extraordinary Russian scientist Konstantin Tsiolkovsky described the use of rotating structures in space to exploit centrifugal 'forces' to simulate gravitational acceleration. Spin things around and, just like the schoolyard experiment of whirling a bucket filled with water on a string until the water stays put in the bottom, you produce a steady acceleration on objects.

The iconic movie 2001: A Space Odyssey, released in 1968, presented one of the best visualizations of how a rotating space habitat might actually work (copyright issues complicate a reproduction here, but the image below from NASA's archives is pretty close in character).

What Would Happen Without Gravitational Pull