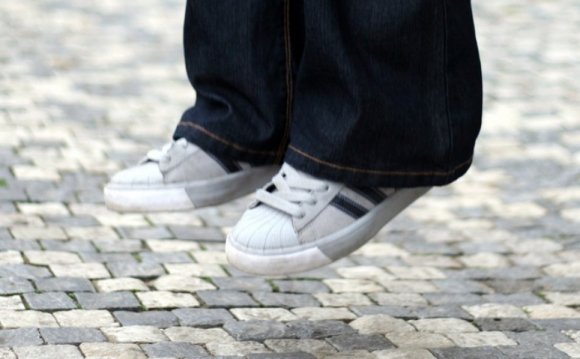 People do not like Stacey McGaugh's ideas of dark matter. In fact, when I talked to the astronomy researcher a couple of years ago, he didn't even seem to like them much. The notion that dark matter doesn't actually exist and can be explained by a new theory of gravity is his curse simply because he came up with measurements to support it, much less so because he's a huge dark matter skeptic. The numbers demanded explanation, and any scientist worthy of being called a scientist is going to follow wherever they go, however unpopular that path might be.

In this case, that path is a theory called MOND, or modified Newtonian dynamics. The gist is that gravity is not constant across all regions of space. Its effects are different the farther an object is away from a star. Gravity is felt differently at different distances, of course; this is Newtons law. Gravitational acceleration changes in proportion to the square of the distance between objects. MOND suggests that the actual relationship doesn't always hold. When an object drifts far enough away from a star, when a star's gravitational attraction becomes especially weak, the object's velocity becomes constant.

New results from McGaugh and MOND founder Mordehai Milgrom seem to back the theory up. According to a paper posted to the arVix pre-print server, MOND is highly successful at predicting the movements within certain dwarf galaxies.

Crucially, the MOND predictions for these galaxies are made without dark matter present. And that's the whole thing about MOND: it's not just an alternative to one of the most prized theories in science, Newton's law of gravitation, it's an alternative to dark matter, that thing that we've never directly observed and is said to make up most of the matter in the universe. It's worth excerpting from my earlier interview with McGaugh:

Dark matter is said to account for 80-percent of all matter; how does this alternative theory explain all that way?
It’s how we infer dark matter to be there. We infer it from its gravitational effects. What you get when you look at the universe and the stars, what you see when you try to use the law of gravity that we know about in the solar system and apply that to galaxies, [the galactic structure] doesn’t work. You look at what you don’t know about the galaxy and really the only option is to add some kind of mass that you can’t see.

And so the flip-side to that is that we’re just saying that the equation that we’re using in the solar system, we’re insisting we use for the galaxies. What I’m saying is that well jeeze, what if the equation doesn’t work?

How does MOND explain the gravity in galaxies then?
That’s a trickier thing to describe perhaps. There is the equation that describes through gravity how mass relates to motion. So in the solar system the sun is the dominant mass and its gravity causes the planets to orbit around it. So in galaxies, same thing, either the dark matter is the dominant mass, and stars orbit wherever the dark matter tells them to or you change the equation and the stars orbit as they are based on what you see.

You want to write down a more general equation—this is what Einstein did. His General Relativity includes Newton’s gravity in the appropriate limit. He just made a more general theory and showed that there are places where you could get more phenomena then Newton told us about. So that’s what you have to do here; you need to modify the existing theories to [to include that in the] special regime of galaxies, something different happens.

What’s different in galaxies?
The weird thing that’s different about galaxies? You’d think it’s that they’re bigger, right? The thing that seems to matter is that the acceleration scale, the surface density scale. And that’s very, very low in galaxies. So, the acceleration that a star orbiting in a galaxy feels, the centripetal acceleration to keep it in its orbit, is about one part in 10^11 [10 + 11 zeros] what we feel sittin’ here on the Earth. It’s a tiny, tiny scale. And the particular modification that Milgrom hypothesized and that I’m talking about and found worked surprisingly well, just posits that at some critical acceleration scale that’s very small, the force law changes in a specific way.

So, is this good news for McGaugh? Maybe not so much: "[MOND] costs me a lot of grief, personally and professionally, " Gaugh told me. "A lot of my colleagues think this is crazy to even talk about and, therefore, I must be crazy. I find myself having the same debates over and over with them. To every single one that I meet. It’s unpleasant."

Gravity is not matter (dark or light), it is a property of mass and space
that results in forces. Matter and force are entirely different things.